Petrolheads of the current generation are in for a big disappointment. Sometimes I wish that we had been born earlier so that we could enjoy the golden era of JDM cars. But then I realize that as the sun is setting on the internal combustion engine, we are seeing the best of them now, almost like a last hurrah before it goes into being ‘just another exhibit at the Smithsonian museum. But as we are made to undergo the inevitable transition to electric cars we need to address the demise of the Normally Aspirated engine, which is on its last legs.

Normally Aspirated engines, as the name suggests, induce air into them by the vacuum force created when the cylinders go through the suction stroke. Since there’s no forced pressurized air being fed into the engine, they are able to run on higher compression ratios and redlines compared to their turbo and supercharged counterparts, although sometimes at the cost of power. But not everything is about crazy power figures and lap times. Also important is how they make the driver feel. And that’s where N/A engines still, I believe, are unparalleled. Of course, there’s fun to be had driving a turbo car, listening to all the wooshes and flutters and the blow-off after each pull & gear change. But there’s a different emotion about pushing a N/A engine to its limits, revving the living daylights out of it to get that max power.

What’s intriguing to me is that almost all manufacturers have had their go at building the best N/A engines possible at their times. Of course, the large supercars were always powered by a stonking great V8/V10/V12, but great little gems of engines in smaller, more mainstream cars always caught my eye. The 80s and 90s era saw the onslaught of four-cylinder motors from the land of the rising sun, Japan, like the Corolla AE86’s 4AGE and the Civic’s B16B. And then Honda dropped a bomb (not literally, thank god) on Ferrari’s backyard by launching the NSX with its buttery smooth tractable V6, with enough poke to beat the Italians equipped with V8s. Then in the noughties, VW built what is quite possibly the best sounding V6 to be put into a hatchback, the VR6. Oops! Too much praise? Did I forget about the heart-achingly beautiful Alfa Romeo Brera, which at one point carried the famous 3.2L ‘Busso’ V6? Or even the crazy mid-engine, rear-drive Renault Clio V6? Uhh…nope. I like my cars reliable and parts easy to find, thank you. My point is, that the best engines in the world (in terms of delivering emotion, not necessarily horsepower) have been N/A engines. And now it’s dying.

As things stand today, almost all manufacturers have ditched the N/A engine for a turbo unit. Emission norms, coupled with the need to extract more power are to blame. It’s not that N/A engines can’t produce high horsepower. It’s just that a lot of money is needed to develop a N/A engine with similar horsepower to a much smaller, turbo unit which may have cost a fraction of the former. Pagani was one of the first exotic car makers to replace a N/A engine when it let go of the utterly glorious AMG-built 740hp 6L V12 for a twin-turbo (still AMG built) for their Huayra. Ferrari then followed suit by replacing the F136 4.5L V8 with the 3.9L TTV8 in 2015, though it continues to build the glorious ear-shattering 6.5 V12, even though its days are numbered. Although both those V8 engines are the best versions of a N/A and a turbo motor, the latter just cannot match the 4.5L’s crazy 9000+ redline. Accompanying Ferrari in this last breed of pure thoroughbreds is Lamborghini (and therefore Audi), Porsche and the upcoming Aston Martin Valkyrie. And of course, there will be a full-length feature of GMA Automotive’s T.50, T.50S and T33.

For now, though, it is with a heavy heart that I have to admit that N/A petrol engines are dying off, taking away with them the sound, response and that little extra emotion. 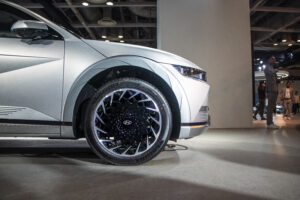