We’re deep in the monsoon season and in the compact-SUV world, it’s raining facelifts. It has almost been a week since Hyundai launched the venue facelift and here we are with the all-new Brezza. This brings us to two market leaders going all-in with their best sellers for the mass out there. Indians love compact-SUV and I’m not exaggerating here. You see, they have everything that an Indian customer always wants – they look big, they are spacious, they drive like a hatch and they come 1/4th of the price of a full-blown SUV.

In such a happening space, the Brezza and Venue have been fighting neck and neck and these new additions to their facelifts are only going to make the purchase decision tougher for all you people out there. Let me make it easy for you and compare them both. Let’s start with the looks.

The exterior of the Brezza has been redone, along with new body panels. The car’s redesigned front grille and dual-squared LED projector headlamps with DRL merging into it are the first exterior changes. The Brezza has a flat-looking bonnet and a slightly more geometric front end. The Chin is erect and is covered with a substantial amount of contrast black cladding that runs the length of the compact SUV, along with a silver-coloured skid plate. From the side, the Brezza looks a lot like the outgoing model, but larger rear quarter glass, new 16-inch bold geometric alloys, and chunky body cladding give it a new touch.

The rear design has also been updated, and it now has thin, horizontally positioned tail lamps with Brezza badging in the centre marking its presence. The Brezza looks gigantic due to the wide body cladding but it also brings a lot of plastic feel to the car.

At the front, you have the new big chrome grille with a gloss black background that has been inspired from the elder sibling Hyundai Palisade sold abroad. Merging to the grille we have the halogen indicators outlined by the gloss black finish. Headlamps have not received a makeover but Hyundai was kind enough to replace the halogen bulb in the projector with a LED. Other than this you have the silver skid plate being carried forward from the outgoing model which gives the venue the SUVish feel. On the side, the venue looks more or less the same other than the new 16-inch alloys. The alloys have enhanced the look of the car and do contribute to the freshness of the design.

At the rear, we have a distinct design as now the venue possesses linked LED tail lights. The rear bumper retains a broad black strip similar to the front air dam that gives the venue a larger appearance and a higher posture. Looks are subjective, but to my eye, the venue is a better-looking car.

The Venue’s cabin has always been a pleasant place; therefore Hyundai has made no major changes to it. However, there are visible alterations on the inside, like the new black and beige theme, the new all-digital instrument cluster which is shared with the Kia Carens, an eight-inch touchscreen system with built-in navigation and Alexa and Google Voice Assistant and USB C charging ports.

The Venue also gets some segment-first features such as the 4-way electric adjustment for the driver seat and the 2-step recline adjustment for the rear seats. The addition of Alexa and google assistant to the infotainment system are also segment-first features. You can also notice a rotary control for the drive modes. An air purifier has also been added in the update. Besides this, the cabin offers everything from a sunroof to a wireless charging pad. Other than this the top of the line turbo DCT is now offered with paddle shifters.

Brezza on the other hand gets the all-new interior, but it does feel familiar to the all-new Baleno. The first thing you notice inside is an Infotainment system featuring a 9-inch SmartPlay Pro+ display that supports Android Auto and Apple CarPlay. Additionally, it offers OTA (over-the-air) updates and sophisticated voice assistance. A lovely vertical MID is positioned in the centre of a superb analogue instrument cluster. Maruti used a combination of dark brown and black panels with silver inlays to create an airy dual-tone inside.

You got a standard three-spoke steering wheel with a flat bottom, as you’ve seen in many Maruti vehicles, but this one has paddle shifters for the automatic transmission. Not to be ignored, the steering-mounted controls for the entertainment system and the cruise control are nicely done. To uplift the cabin there has been the addition of a heads-up display, ambient lighting, USB Type-C rear charging ports, connected car tech, Alexa compatibility, wireless charging dock and a sunroof. The Brezza also gets a 360-degree camera as a segment-first.

The Brezza now has Maruti’s new 1.5-litre K15C engine, which first appeared in the facelifted Ertiga and XL6. It produces 103 horses and 137NM of torque mated to a 5-speed manual or a 6-speed torque converter automatic transmission with paddle shifters. The new gearbox replaces the old 4-speed automatic. The automatic gearbox is offered on the top three trims. The Brezza is offered as the only petrol compact SUV in the segment but is also the segment-first to feature mild-hybrid tech.

Both the manufacturers have taken completely different approaches with their powertrain choices, in that, they appeal to two different customers. The K15C is an efficiency king, with cars that’ll manage to get 25 kmpl with it. It’s remarkably refined and should remain a testament to reliability. But it is the last word in performance and a highway overtake with all occupants inside is definitely a challenge.

Hyundai appeals to the performance-seeking customer. The 1.0 turbo petrol is pretty fun and the DCT gearbox only enhances the case further. Plus, to the folks who like some good old diesel torque, the Venue is a no-brainer. It really does come to what kind of customer you are.

The new Hyundai Venue starts from 7.53 lakhs and goes all the way up to 12.57 lakhs (ex-showroom) whereas the Brezza starts at Rs 7.99 lakh and goes up to Rs 13.96 lakhs (ex-showroom) for the top-spec. I believe the Venue takes the trophy here as the Koreans have offered the venue with everything and for everyone. There is a venue for every buyer. I’m excited to see how the Toyota version of the Brezza might look, so stay tuned for more info on that. 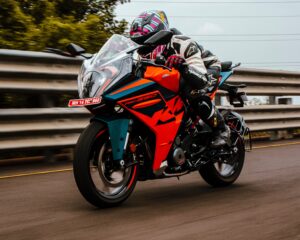 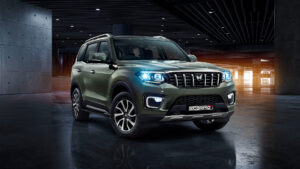 The new Mahindra Scorpio N- All you need to know 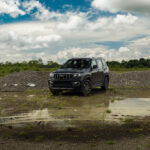